with Sick of It All, Crown of Thornz 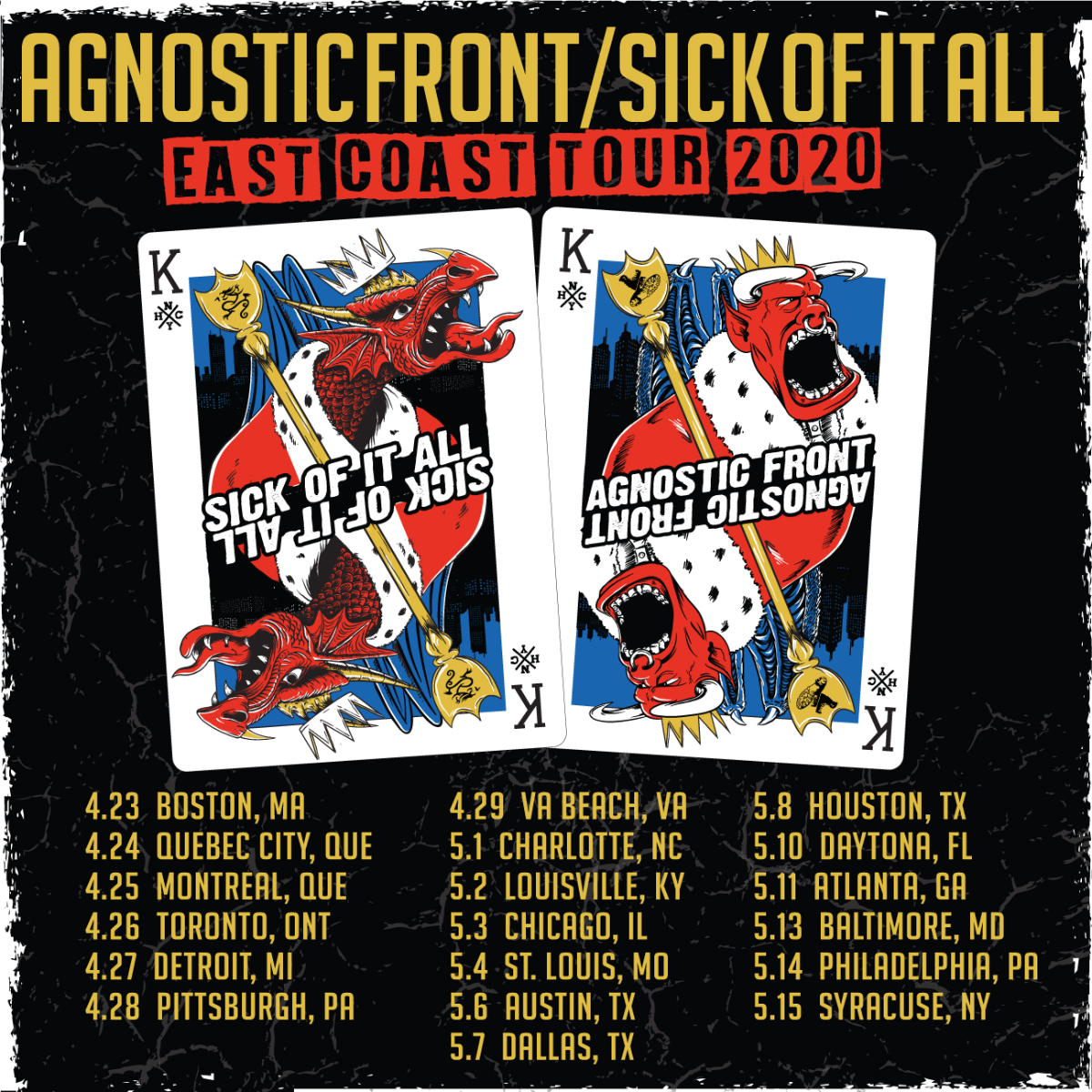 Additional Info
AGNOSTIC FRONT - the respected leaders of hardcore punk, rockin the stage with Sick Of It All and special guests Crown of Thornz for one night only - at Elevation 27!   Presented by Broadberry Entertainment Group.
WEDNESDAY, APRIL 29th at 8:00 PM, 7:00 PM General Admission and Reserved Dining Doors
TICKETS:  $25.00

These rarely confronted and always respected leaders of hardcore were established as one of the meanest-sounding bands in the emerging punk genre, helping to initiate the term "hardcore," and placing an entire uproar on the New York map by association. From the start, AGNOSTIC FRONT released a catalogue of fast and violent punk tunes consisting of distinctive and aggressive drumming, bass work, and a non-stop barrage of chaotic shouting. AGNOSTIC FRONT’s uncontrollable drumming and fuming guitars fill every minute like an onrushing storm of flailing limbs and incinerating transistors. The heavier paced balance between the energy and discipline of their earlier punk roots strikes a taut and vivid rock barrage that moshes in close formation. "It's social politics," Roger states. "The day-to-day reality of waking up, reading the newspaper, and walking around the neighborhood. It's a hard stare on why the world is still one fucked-up place, and we tackle the very real shit that's going down: gentrification's running rampant, street justice, world destruction, working wages, and backs are still being stabbed."
Long outliving their now-legendary contemporaries like Minor Threat, SSD, Dead Kennedys and Black Flag, AGNOSTIC FRONT could easily live off their laurels, but their fight is yet over! Throughout their storied history, AGNOSTIC FRONT have been anything but a ravishing group of individuals living prosperously and content. In fact, the band is more akin to have experienced growing up in adverse streets, undergoing arduous times, serving time in prison, become inflicted with murdered friends, the list would go on perpetually. But while there are definite vestiges of the past affecting them, they manage to continue and expose the conflicts they had to undergo in a compellingly evocative approach by relating it to their views of the world today.
AGNOSTIC FRONT continues to be living embodiment that "hardcore for life" isn't an empty slogan or a musical dead end. No one is born with tattoos. No one's born hardcore. But when the ink or the music sets in, you're changed. Their latest offering reaffirms that AGNOSTIC FRONT as a band, still operates like a musical razor blade. Regardless of their history, the proof is simple: AGNOSTIC FRONT’s anthems are hard, cutting, and the remarkable music continues to broaden with every release. “We support UNITY! We despise ignorance and hatred within our scene. The only people we should be at war with is those who oppress us, not with each other. Unite! Fight the system! Not ourselves! Believe – Hardcore!”
Sick of It All 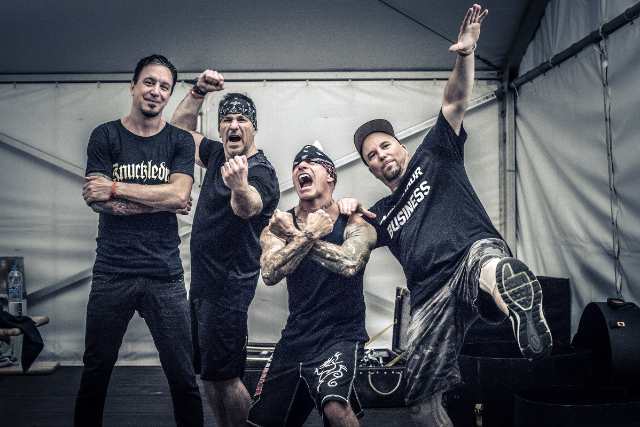 New York City hardcore legends SICK OF IT ALL aren’t slowing down with age, the long-standing quartet are still pissed off, and the genre stalwarts still see many years ahead. SICK OF IT ALL remain a beacon of continuity, integrity, and resolve. That’s good news for SICK OF IT ALL fans and the hardcore scene. Since forming in 1986, SICK OF IT ALL have traveled the world many times over, played in front of hundreds of thousands, and released 11 acclaimed full-length albums, the latest of which is the riotous if anthemic Wake the Sleeping Dragon!. That SICK OF IT ALL continue to live by the standards in their original charter isn’t a matter of course, it’s part of their respective DNA. Hardcore is SICK OF IT ALL. “We’re a band that thrives from frustration,” says drummer Armand Majidi. “Aging seems to work well with our message, as opposed to a good-time band who sings about partying all night. There are so many horrible aspects of the world that become more obvious to us year after year, which we didn’t see or understand before, which fuel our frustration every day. We’ve lived long enough now to see through the matrix, and thank goodness we have this band, so we can vent about it.”
Crown of Thornz 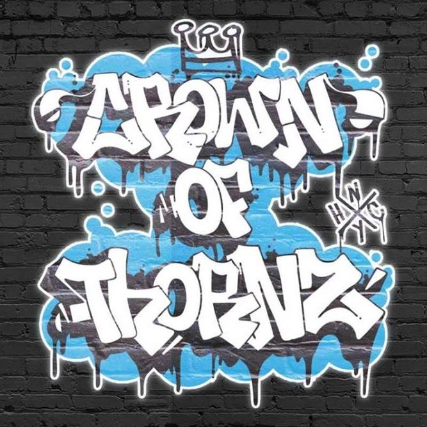