with Reggie & The Full Effect 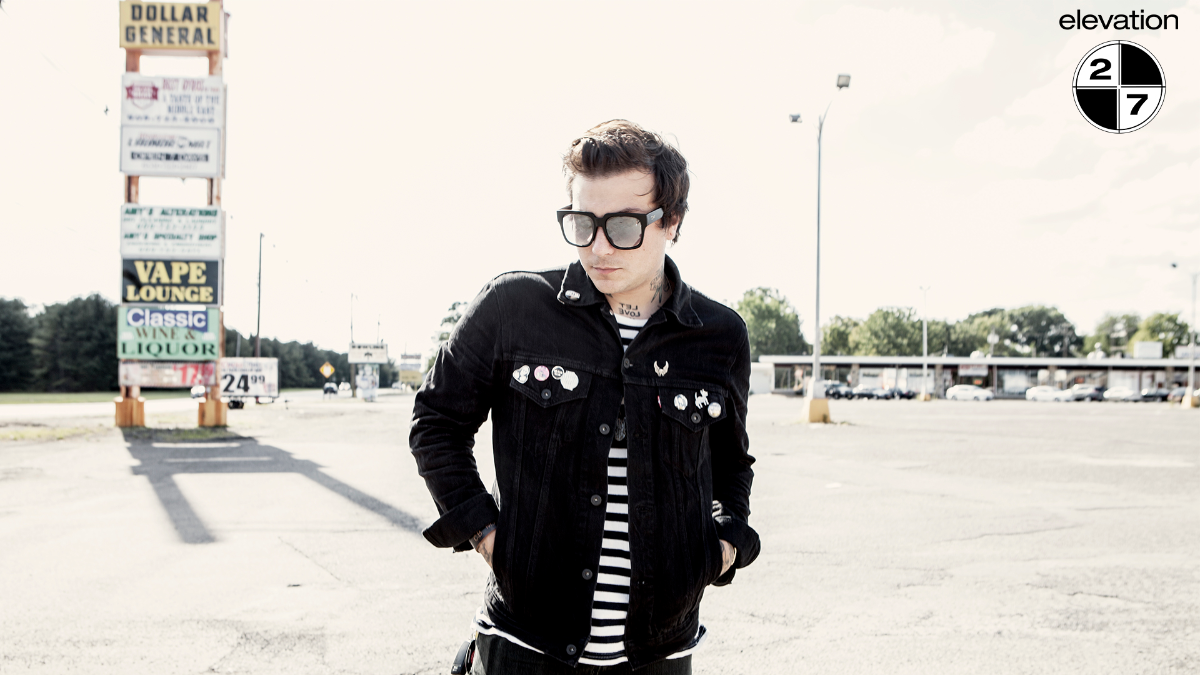 Following the recent announcement that Frank Iero has signed to UNFD and formed his latest band FRANK IERO AND THE FUTURE VIOLENTS, the first track from his upcoming album BARRIERS (out May 31, 2019) “Young and Doomed” is now available today via DSPs and streaming services.

Premiered yesterday on BBC Radio1 with Annie Mac, the insistent, dark rock n’ roll anthem flails with a wild and uncontrollable angst and energy. Its accompanying video is a visceral performance piece that captures the frenetic and frantic energy that bursts from the track with guitar, bass and drums with Frank’s plaintive vocals anchoring the hopeless emotion. Directed by Steve Pedulla from Thursday, the video features childhood photos of Frank Iero and The Future Violents.

In addition to the track’s release, Frank Iero and the Future Violents have announced today that they’ll will be hitting the road this Summer for a headline tour kicking off on May 29 in Philadelphia and circling around the Eastern Seaboard and wrapping up in NYC on June 22. But before that, they will be supporting Taking Back Sunday for a round of Southwest and West Coast dates that kick off next week in Houston (March 25) and conclude at SF’s The Warfield on April 14. (tour dates below).

His third album Barriers is a rumination of sorts on life and living and the obstacles (a.k.a. “barriers”) that get in the way. Recorded and mixed by Steve Albini, Barriers is 14 songs that not only tackle the existential journey of his heart and mind, but help him redirect his musical path.

“I never expected to do one solo record in my lifetime,” he chuckles, “let alone three. Every time I start a new record, I say to myself ‘This is it. This is the end. This is the last one.’ It got me thinking about how we set up these obstacles around ourselves. Sometimes they’re for protection and sometimes they’re to keep people out, and sometimes we even set them up so that we fail and we find solace in that failure. But whenever I find something that scares the shit out of me, that’s when I know I have to do it! And so these songs are about experiences that were either walls I wanted to break down or walls that I’d built up around myself in order to protect myself. But these songs were also things that I’d never attempted before but had always wanted to try.”