Formed in 2003 by a trio of Sublime and Pixies fans, The Movement’s debut album, ON YOUR FEET (2004), has been heralded as one of the “top 10 reggae rock albums of all time,” and the band has toured with legends from 311 to Parliament, Slightly Stoopid to Dirty Heads, Wu-Tang Clan, Steel Pulse, Stick Figure, Pepper, and more. In 2008, the group met Chris DiBeneditto, a Philadelphia-based producer who had worked with like-minded artists such as G. Love & Special Sauce. Relocating to Philadelphia, they recorded SET SAIL at DiBeneditto’s Philadelphonic Studios, and during the recording process recruited they Jason "Smiles" Schmidt on bass and Gary Jackson on drums. In 2012, they released SIDE BY SIDE, debuting at #2 on the Billboard Reggae Chart, and followed it in 2014 with BENEATH THE PALMS, a surprise acoustic album as a free gift to their fans. Shortly thereafter they began working on what would become their finest album to date, GOLDEN, which hit #1 on iTunes and Billboard Reggae charts and was voted 2016 Album Of The Year by Surf Roots Radio. In 2017 and 2018 the band toured Amphitheatres around the US, and performed at landmark events including Cali Roots Festival, Reggae Rise Up, Levitate Festival, One Love Cali Reggae Fest, and Closer To The Sun. In early 2018 the band announced a new album in the works, with anticipated release in Spring 2019. On tour now.

---
Dining Table and Booth Tickets include admission to the show.  All Dining Tickets are subject to a requested food minimum of $9.00 per guest.  If your party does not occupy all the seats at the table, you may be seated with other guests.  You must arrive at your table at or before your assigned time, or your table may be given away.  Waitress service will available approximately 30 minutes after your assigned time.  Please allow an additional 30 minutes for your food to arrive. 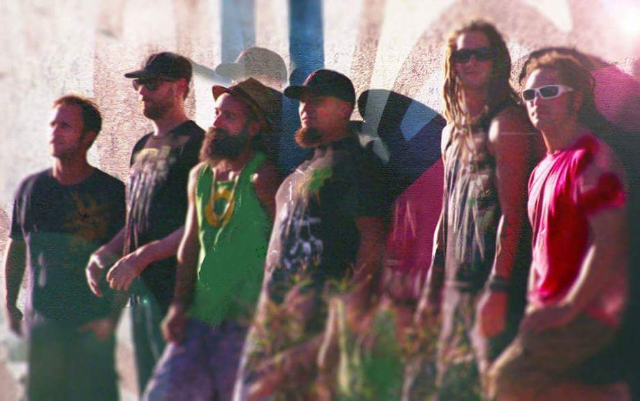 IrieVive is an original Rock/Funk band with a touch of reggae from Virginia Beach, bringing unmatched energy and vibe to every show! Keep an eye out and don't miss show announcements...