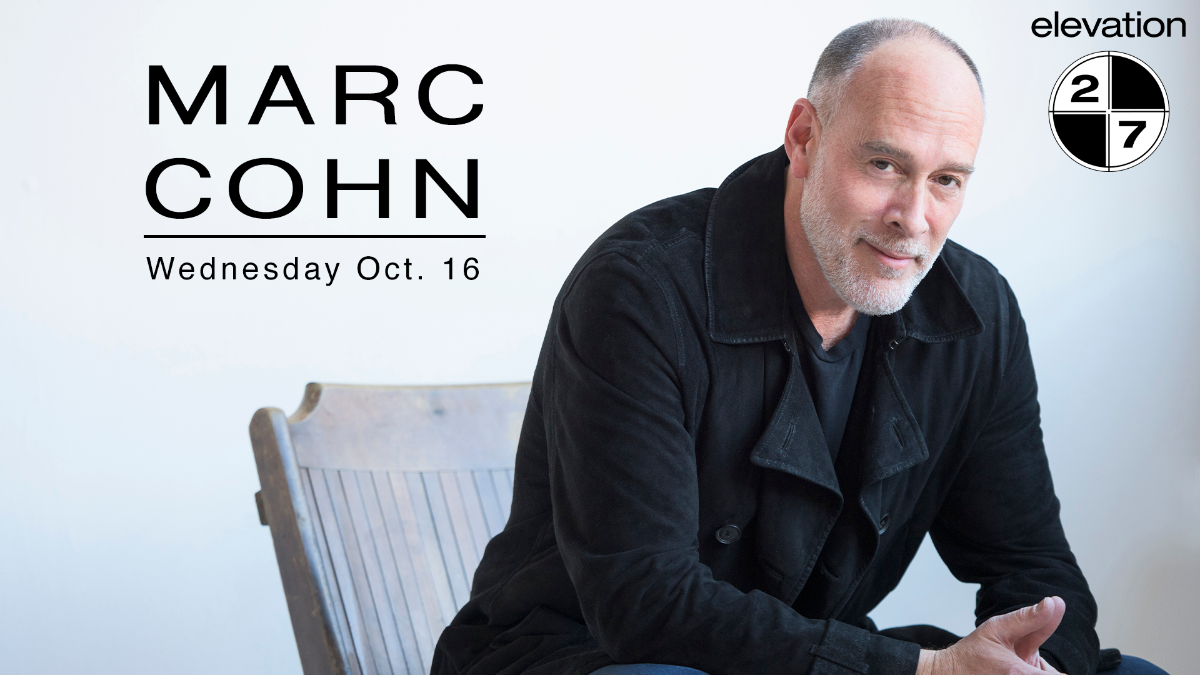 Additional Info
MARC COHN, Grammy award winner for his soulful ballad “Walking in Memphis” and one of this generation's most compelling singer-songwriters, live at Elevation 27!
WEDNESDAY, OCTOBER 16th at 8:00 PM, 7:00 PM Doors
TICKETS:  $40.00 - $55.00

ENJOY DINNER DURING THE SHOW - We have daily specials and great BBQ!
LUNCH SPECIAL:  Monday-Friday from 11-2.
Bring your ticket stub back and get a FREE SANDWICH with the purchase of one sandwich and two drinks!  Offer Valid through 2019.

Tickets - The Marc Cohn Concert will feature three different ticket options, as shown in the diagram below:

Seating At Front of Stage, Rows A-E and Rows F-J will be rows of chairs set directly in front of the stage.

Dining Table Seating are seats at our dining tables and include admission to the show.  If your party does not occupy all the seats at the table, you may be seated with other guests.  You must arrive at your table at or before show time, or your table may be given away.  Waitress service will available approximately 30 minutes after you are seated.  Please allow an additional 30-45 minutes for your food to arrive.  All Dining Table Tickets are subject to a requested food minimum of $9.00 per guest.

General Admission tickets are standing room only on the sides or between the row seating and dining tables. 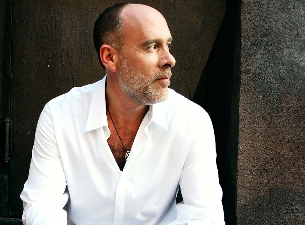 After winning a Grammy for his soulful ballad “Walking in Memphis,” Marc Cohn solidified his place as one of this generation’s most compelling singer-songwriters, combining the precision of a brilliant tunesmith with the passion of a great soul man. Rooted in the rich ground of American rhythm and blues, soul and gospel and possessed of a deft storyteller’s pen, he weaves vivid, detailed, often drawn-from-life tales that evoke some of our most universal human feelings: love, hope, faith, joy, heartbreak.

Cohn followed up his platinum-selling debut with two more releases in the 1990s, at which point Time magazine called him "one of the honest, emotional voices we need in this decade" and Bonnie Raitt declared, "Marc is one of the most soulful, talented artists I know. I love his songs, he's an incredible singer, and I marvel at his ability to mesmerize every audience he plays for."

Raitt, James Taylor, David Crosby, Graham Nash and Patty Griffin all made guest appearances on Cohn’s early records for Atlantic as his reputation as an artist and performer continued to grow. In 1998, Cohn took a decade-long sabbatical from recording, ending in 2007 with Join the Parade. Inspired by the horrific events following Hurricane Katrina and his own near fatal shooting just weeks before, Parade is his most moving and critically acclaimed record to date.

About his album Listening Booth: 1970, a collection of reimagined classics from that seminal year in music, Rolling Stone said, “Cohn has one of rock’s most soulful croons – a rich, immediately recognizable tenor that makes these songs his own.” In late 2014, Cohn released “The Coldest Corner in the World,” the title song to the documentary Tree Man and his first original song released in more than seven years.

On March 25, 2016, in celebration of the 25th anniversary of his platinum-selling debut album, released Careful What You Dream: Lost Songs and Rarities along with the bonus album Evolution of a Record, featuring never-before-heard songs and demos dating back to years before his debut album and the Grammy award that followed.

Marc’s momentum continued into a busy and fruitful 2017, which he spent in part on the road with the legendary Michael McDonald, garnering critical acclaim across the U.S. His writing talent was also drafted for work with a roster of American music greats including soul survivor William Bell, who won his first Grammy at age 78 with Marc’s help; Marc co-wrote a solid half of Bell’s celebrated album This is Where I Live, including the passionate opening cut “The Three Of Me.” The album revived the sound of Stax soul’s golden age, when Bell had first cut his teeth as an artist, and which had influenced Marc Cohn so powerfully - in its way, completing a circle and letting Marc give back to one of the originators of the sound that shaped him.

Marc revisited another corner of American music’s rich heritage with the Blind Boys of Alabama on the Grammy-nominated song “Let My Mother Live,” and also worked with David Crosby on the album Lighthouse. As powerfully influenced by the singer-songwriter tradition as he is by the legacy of soul and gospel, working with the ‘60s icon was a project that got right to Marc’s creative core.

Moving forward, he continues to do what he does best: infuse American music with both a fresh perspective and a reverence for its deep roots.